While I’m working on in-depth reviews of Call Me by Your Name and The 15:17 to Paris (the latter of which is terrible), I’m writing shorter reviews of other flicks I saw.  Thanks to MoviePass, which you should get if you watch more than two movies a month, I don’t have to worry about ticket prices so I can see every single movie I want to without breaking the bank.  One of these movies I watched for fun was Den of Thieves, a heist thriller following a tough cop (Gerard Butler) and a group of professional thieves.

The greatest fault of Den of Thieves is that it takes itself too seriously.  What I like about the movie are the cool action sequences and Butler’s no-filter performance.  Unfortunately, it tries to recreate the hardcore drama of great heist flicks like Heat, which was great because of its thorough dedication to completing every character’s story arc (hence the three-hour runtime).  Den of Thieves focused too much on character drama, Butler has to deal with family issues but they never resolve it, and not enough time on thrills.

Nothing particularly stands out in this movie besides Butler, who can be found eating something in most of his scenes, and a plot twist that didn’t need to be there.  I think it was an attempt to make the movie stand out.  That said, these scenes revolving around family and drama are distracting at best and awkward at worst.  Throughout these scenes, at least we have Butler fully encompassing the obsessed cop who plays by his own rules.  He really does like smoking, eating, drinking, chewing, and spitting in this movie.  I think he pulled it off, but others might not.

In the end, it is the exciting action scenes that make this movie worth a watch.  It won’t leave you with any emotions or things to talk about: and that’s perfectly fine.  Den of Thieves is a passable action flick with enough 80s testosterone to keep you invested.  It gets Guy’s Guru Grade of a B-.  Hey, if you want a bad heist thriller, watch the overly-convoluted Triple 9.

My Thoughts On: “Den of Thieves” 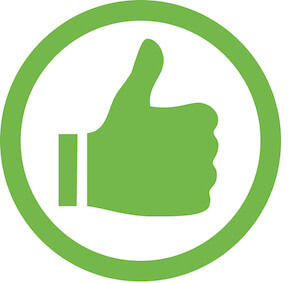 Every 2017 Movie I Haven’t Reviewed

‘Murder on the Orient Express:’ all style, no substance